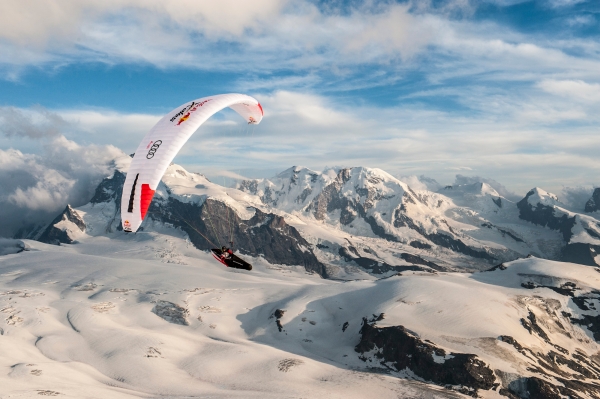 Starting June 16, 2019, 32 adventurers from 20 nations will hike and fly a straight-line distance of more than 1,138km across the Alps from Salzburg to Monaco, past 13 Turnpoints in 6 countries. Traveling only by foot or paraglider, the exhausting journey will push even the most accomplished athletes to their very limits. Strategy and training are crucial, but are they prepared for the adventure that lies ahead?

This year the terrain conditions will have a massive impact for the athletes on their way to Monaco. Race Organizer Ulrich Grill says: “Currently we have, in most of the Alps, much more snow than usual. There should be warmer weather coming but long-term forecasting is not very accurate. It’s hard to say how much snow will melt away and if it’ll reduce the speed of the race.”

This will also have an impact on the tasks of Jürgen Wietrzyk, the Safety Director of Red Bull X-Alps 2019, who says: “Every part of the route needs to be observed on a daily basis as there are many dangerous and slippery snow fields left along and on the hiking paths through the Alps.”

The new territory is going to make the race even more challenging for veterans as well as rookies. New locations like Italy’s Kronplatz, Davos and Mount Titlis in Switzerland and the western region of the French Alps will take the athletes off the beaten path and challenge their navigation skills past the 13 Turnpoints of this year’s route:

On June 13, 2019, the athletes’ navigation, endurance, and flying skills will be taken to the test for the first time this year in the Prologue race in Wagrain – Kleinarl. This one-day race will also have a direct impact on the main race as the first three athletes will each win an additional Night Pass – a strategically important tool which grants them one night to hike through the mandatory rest period. In addition, the backlogs on the Prologue winner’s time will be taken into the main race and will have to be sat out in the morning of day 2 from 5am on.

During the final 5 weeks leading up to the race the athletes are ramping up their training to increase their fitness, whilst studying every single meter of the new route, ensuring they know absolutely everything about the terrain. Race Director Christoph Weber says: “They’re trying to get all the different options in their mind. Studying the airspace limitations to know where they can fly and in which maximum or minimum altitude.” Neither fitness nor flying skill alone can win this race – if they want to finish in the Top 10, they’ll need to meticulously prepare both body and mind – and at least two weeks worth of calorie-dense nutrition!

With 5-time winner Chrigel Maurer returning again, all eyes are on him – but in reality, there’s no telling who will take the title. Could it be one of the French athletes who, in 2017, have already proved that they can keep up with the Swiss? Maybe the race’s most experienced veteran, running man Toma Coconea? Or can a rookie come up out of nowhere and sweep the pack? With some of the greatest athletes and the most incredible terrain on the planet, it’s an adventure not to be missed.

To meet the athletes and learn more about the race, head over to redbullxalps.com and facebook.com/redbullxalps.

Route For The World’s Toughest Adventure Race Announced!
The new route has been revealed for the 2019 Red Bull X-Alps, which will be the most challenging in the event’s 16-year history.

Last Call To Apply for the World’s Toughest Adventure Race
On June 16, 2019, the world’s toughest adventure race returns for its ninth edition. If you think you have what it takes to compete

Apply Now For The World's Toughest Adventure Race
The world’s toughest adventure race kicks off its ninth edition in just over a year - and the tension is already beginning to mount.