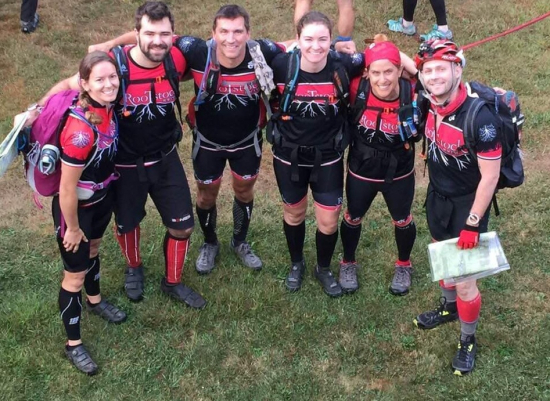 The Adventure Racing Cooperative (ARC), a non-profit organization dedicated to promoting the sport of adventure racing in the United States, has named its 2019 U.S. national champions.

The cooperative, which was founded by a group of adventure racers from across the United States and which counts more than 200 U.S. racers as members, compiled its second annual year-end ranking of the top American teams through its custom scoring metric, which incorporates a team’s performance in every race where it participated, including international races.

The ARC championships are separate from the U.S. Adventure Racing Association (USARA) national ranking, which is based solely on performance in USARA-sanctioned races. The 2019 ARC rankings were compiled from the results of more than 200 races, with points tallied via ARC’s own formula, which incorporates a sliding scale of awarding points based on race length, a competition factor, and a standard distribution based on placing within each division. A team, consisting of up to seven people, could accrue points in a maximum of five races throughout 2019.

For the second consecutive year, the winner of the co-ed three- and four-person team division was Rootstock Racing. The Philadelphia, Pennsylvania-based team scored points for its performances in the 2019 USARA National Championship, Expedition India, Wilderness Traverse, Two Rivers AR, and the Maine Summer AR. In second place in the division was Checkpoint Zero, and in third place was No Complaints.

In the three- and four-person male division, Almost Good’ Nuff, which competed in Florida Sea to Sea and the USARA National Championship, took the top spot, with NCARS in second and USMES/Adventure Enablers in the third position.

In the three- and four-person female division, 3 Bike Moms, which competed in the USARA National Championship, as well as the Blue Ridge AR and Cauldron AR, topped the rankings, with Chickpoints and DFF in second and third, respectively.

In the two-person co-ed division, Privateer Chattanooga, participants in Florida Sea to Sea and Blue Ridge AR, were named national champions. Lupine and Lost & Found finished second and third in the division.

In the two-person female division, Good’Nuff took first place based off their performances in Florida Sea to Sea and Cauldron AR. Slick City and Fragile Flowers finished in the other podium positions.

For the two-person male division, AR Georgia, which competed in Florida Sea to Sea, Resolution AR, and Bitter Pill AR, took the top position, with Michigan Racing Addicts in second and Type II Fun in third.

In the solo female division, I Will Survive (Brenda Carlson-Brown) finished in the number-one spot based off her finish in Florida Sea to Sea. Tardigrade (Christy Pollock) came in second, and Tea & Biscuits (Karen Clark) took third place.

In the solo male division, Forge (Richard Lee Sparks) won the national championship based off his finish in Florida Sea to Sea, The FIG, and the No Sleep AR. Got Lungs? (Chadrick Denlinger) was ranked second and Air Force (Dave Ashley) finished third.

Each winning team will receive an embroidered ARC National Champion cap courtesy of the ARC.