39th Kathmandu Coast to Coast Sold Out In Days 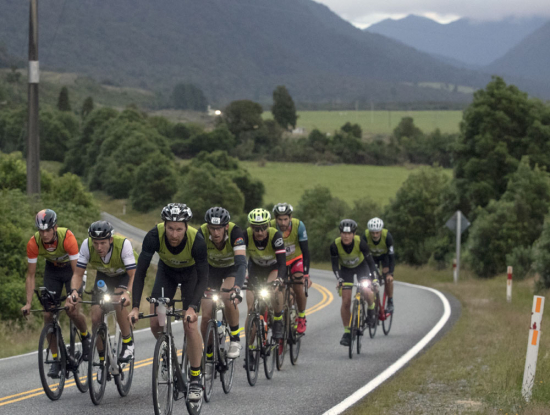 The Kathmandu Coast to Coast has experienced unprecedented demand for entries, with the 2021 event sold out just over a week after entries opened.

The waitlist is also now full for all categories of the 39th edition of New Zealand’s most iconic multisport event.

“It’s really humbling to have such great demand for entries, we work very hard to create an exceptional and unique experience for our competitors, support crews, and volunteers. Selling the event out in less than ten days is testament to the fact that we must be achieving our goal.” said Race Director Glen Currie.

“Our team is actually still buzzing from a really great event experience this year and to have such great interest in the next race already has just amplified those feelings,” Currie added.

Queenstown based Trojan Holding purchased the event in 2014 when entries were below 500 participants. However, a number of subtle changes such as additional categories, increased use of technology to broadcast the event, and a broadening of the target market saw the 2020 event sold out in April 2019 and a record one thousand and thirty-five athletes competing over February 7th and 8th 2020.

Mike Davies Director Trojan Holdings said “we’re extremely pleased of where the event is sitting now with double the entries, we had five years ago. It’s great to see people are re-connecting with it again. We’ve made some positive changes and now have a proven, solid event that we’re really proud of.  A big thanks has to go to past race director Richard Usher and current race director Glen Currie for their efforts in making it such a success.”

The efforts of the event’s sponsor’s and media, including naming rights partner Kathmandu, have also helped reinvigorate the event as entries increase from both sides of the Tasman.

“We have some really great partners that share in our common goals to see New Zealanders and an increasing number of internationals enjoying the outdoors whilst also setting ambitious goals and achieving great outcomes,” Currie added.

“At Kathmandu we believe in making the outdoors accessible to everybody. We are proud to support the iconic Coast to Coast – to grow participation numbers and create a more diverse and inclusive starting line. The event has seen this with the rise of female participation and team entries growing every year to record numbers,” says Kathmandu Brand Manager Olivia Barclay.

Currie says that while there’s plenty of demand to potentially increase the total number of entries it’s very much a balancing act between ensuring all athletes have a great authentic experience, their safety is maintained, and minimising any environmental impacts. “We have a really good relationship with DoC who provide us with a concession to run across Goat Pass and will continue to work with them to best manage the numbers in the event.”

“It’s an amazing achievement to run, ride and kayak 243 kilometres from one side of the South Island to the other and we really want to ensure we’re around to continue to provide that opportunity for the next 39 years and beyond too.”

Entries remain available for the Mountain Run, which will open separately on September 1st . More details around this process will be communicated closer to the time. However, if 2020 is anything to go by the demand will remain high, with 2020 Mountain Run entries selling out in less than 10 minutes.

More About Kathmandu Coast to Coast

Keep An Eye On Elliott and Co.
While much of the pre-race talk has been about the looming battle between defending champion Dougal Allan and returning three-time champion

Adventurer Takes On New Zealand’s Original Adventure Race
Never one to shy away from a challenge, world-renowned mountaineer, adventurer and conservationist Holly Budge has her sights set firmly on

From Bondi to Big Boulders
As if the challenge of managing one of Australia’s most popular and well-known beaches wasn’t difficult enough, two of the

Champions Return To Defend Their Titles
With titles to defend, both the 2019 men’s and women’s Kathmandu Coast to Coast Champions will return for the 38th edition

Kathmandu recommits to Coast to Coast
Leading outdoor brand Kathmandu has reconfirmed its commitment to New Zealand’s most iconic adventure race, the Kathmandu

Jo Kane Celebrates ‘Pension Year’ Entry With Family ...
Despite there being over 200 days to go until the 2020 Kathmandu Coast to Coast, the banter is ramping up amongst the Kane family, who will