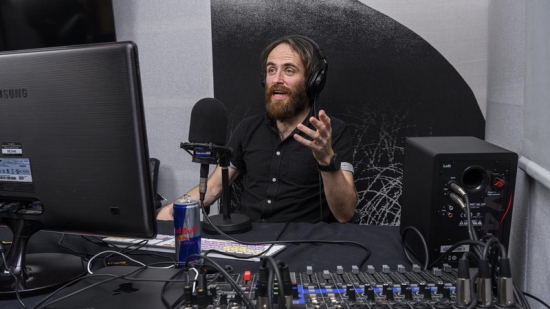 Red Bull has launched its first UK adventure podcast ‘How to Be Superhuman’ – looking at feats of sporting endeavour and human-interest stories.

The weekly series which will be hosted by Rob Pope, better known as ‘The Real Life Forrest Gump’ after his epic 15,700 mile adventure, in which he ran across America five times over the course of 18 months – replicating the route Tom Hanks so famously took in the film Forrest Gump.

The podcast will feature the stories of over 10 ‘superhuman’ people from all walks of life. The first two episodes became available on 9th March via the Apple Podcasts app and Spotify, as well as other podcast platforms.

Each week Pope will delve into the stories of unique people – with each guest sharing their own experiences and providing insight into their drive and determination to succeed.

The first two episodes look at the stories of Mark Beaumont and Diana Nyad. Mark Beaumont hit the headlines in 2017 when he broke the record for cycling around the world in 79 days – beating the previous record by an enormous 44 days.

Whilst Diana Nyad, at the age of 64, became the first person in history to swim from Cuba to Florida – all without the aid of a shark cage. To put Nyad’s achievement into perspective, the swim was the equivalent of five English Channel crossings, and the longest open-ocean swim in history.

Running on a weekly basis, each podcast episode will focus on various inspirational stories – including ones from Red Bull athletes as well as covering a mix of people from multiple backgrounds and locations from around the world.

Speaking on the launch of the podcast, Rob Pope said “It feels like a real honour to be involved on a project as inspirational as this. I’ve been provided a platform that allows me to speak to some of the most incredible people in the world and share their stories first-hand – I’m blown away by all of them to be honest.