XTERRA Czechia To Go Ahead This Weekend in Prachatice

The XTERRA Czech full-distance and ShortTrack off-road triathlons will take place this weekend in Prachatice.

The main event on Saturday, September 6 combines a 1.5K swim in Kristanovicky Lake with a 33K mountain bike in the Sumava National Park and a 10.5K trail run that finishes in the city center of the 14th century town in South Bohemia.

“XTERRA Czech is the oldest XTERRA in Europe still active today and began under the leadership of Michael Pilousek Sr.,” said XTERRA Europe director Nico Lebrun.  “Today his son Michael Jr. is continuing his father’s tradition and has done a really great job operating within Czech national and local health guidelines to produce this event.”

XTERRA made its debut in the Czech Republic among the castles of Hluboka nad Vltavou in 2002, enjoyed a stint in Spindleruv Mlyn starting in 2009, and has made Prachatice its home ever since.

“This course has the ultimate mix of variety, from wild racing in the woods to running through the cobblestone streets of this historic Renaissance city,” said Lebrun.

“I think Serrieres could be the man to beat in this one, to defend his title on this course,” said XTERRA Europe director Nico Lebrun. “If he can come off the bike in striking distance, say less than three-minutes behind the lead, he is such a strong runner I’m not sure anyone in the field could stop him.” 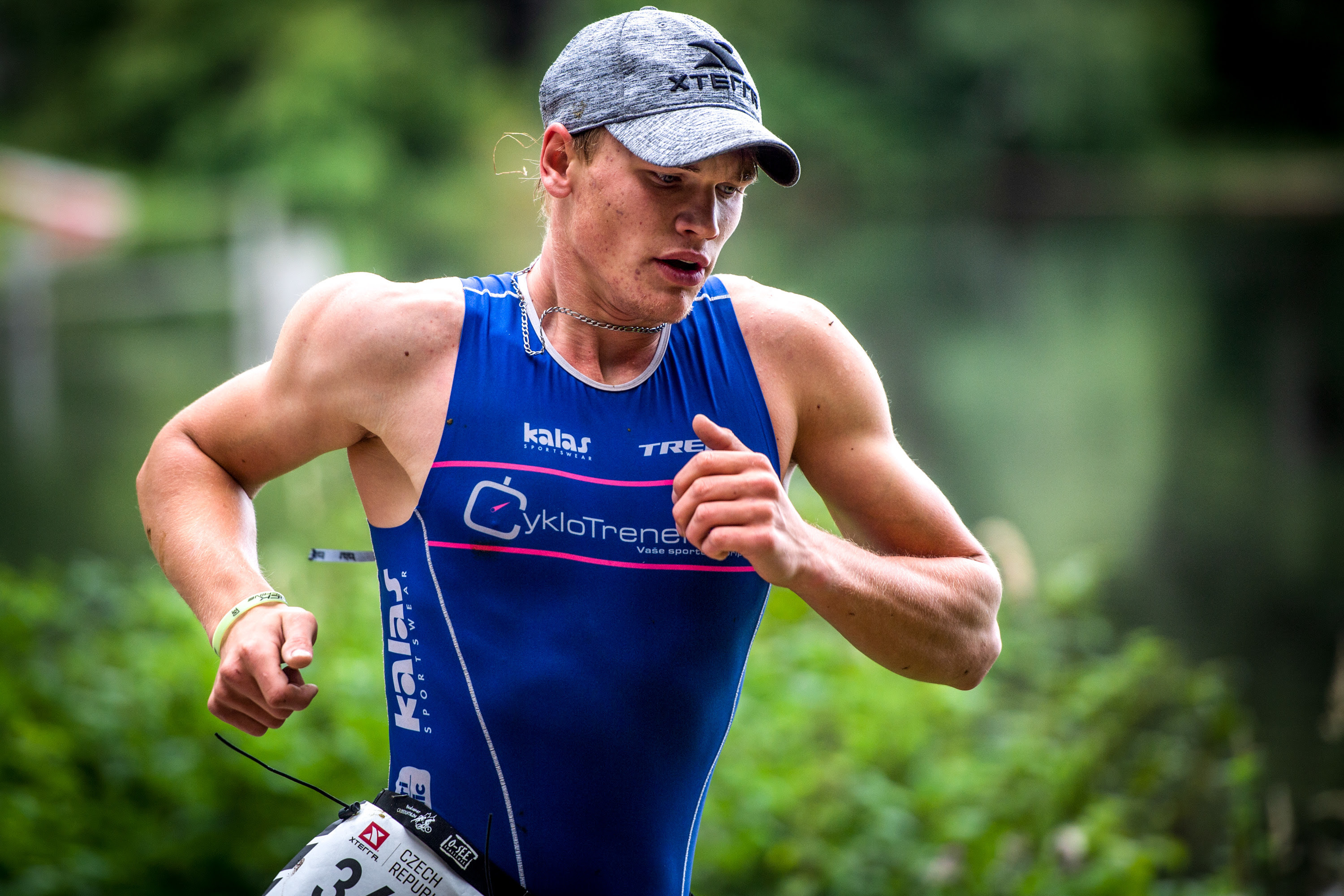 Lebrun added that he expects Chane and Rinaldi to be up front early in the race, and for two Czech racers – Karel Dusek and Lukas Kocar – to be in the fight for podium spots.

In the women’s race there’s a compelling match-up brewing between Morgane Riou, the XTERRA European Champion, and road-tri all-star Laura Philipp, a 14-time Ironman 70.3 race winner who proved she can mountain bike too when she captured the XTERRA France title in her off-road triathlon debut three years ago.  She went on to finish 3rd that same year at the 2017 XTERRA World Championship.

“Laura is a real pro and has such incredible endurance and skill it will be fun to watch her go,” said Lebrun.  “Still, there are a lot of XTERRA specialists in this field with Loanne Duvoisin, Alizee Paties who won last weekend, Helena Erbenova who is an XTERRA Hall of Famer, Carina Wasle is a proven veteran, and Marta Menditto looked good last week too.  So, it’s a big list and hard to say who is in great shape after this long layoff from races so I think anything can happen.” 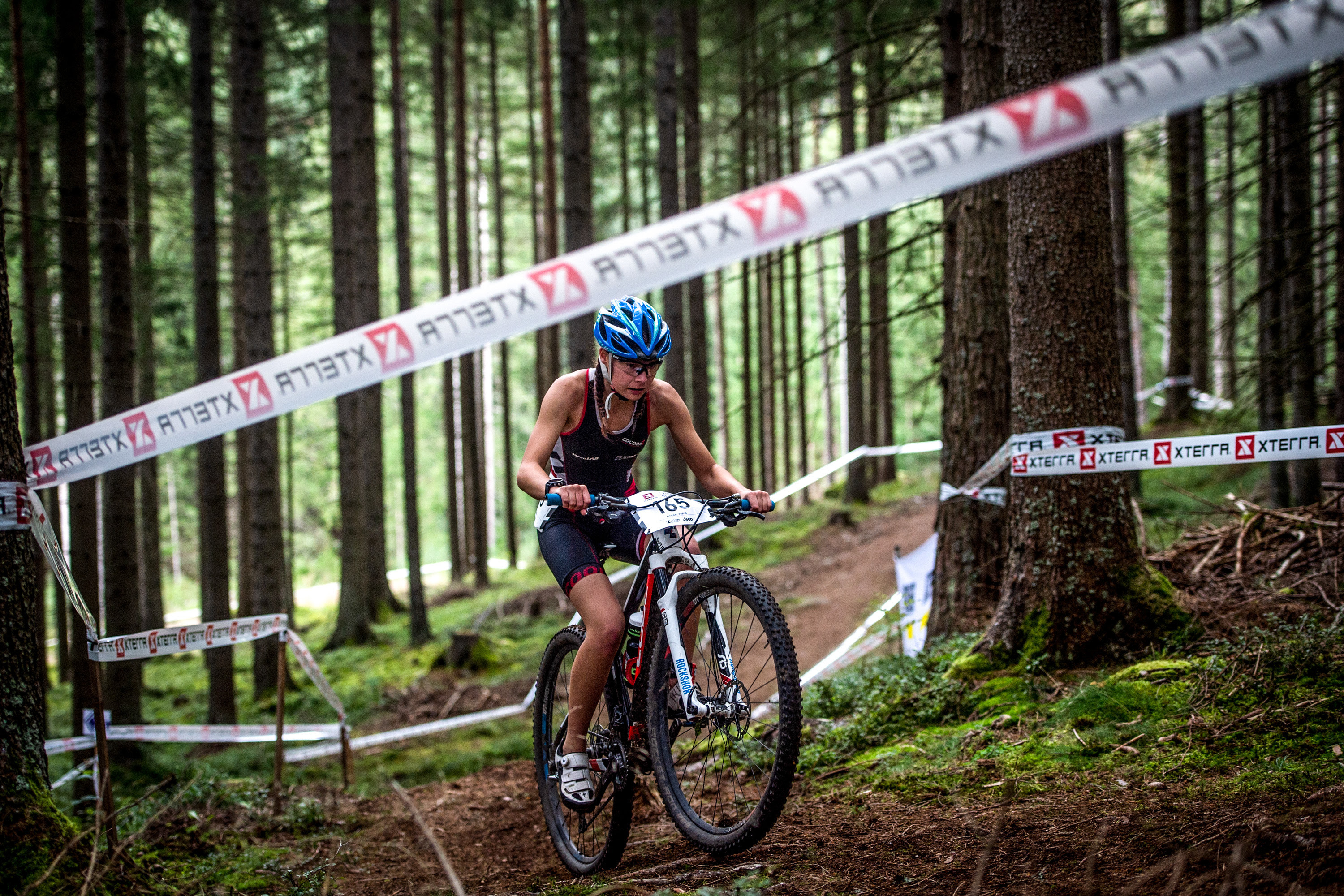 Fans of the sport will get a first-hand look at who is in good shape during Friday’s ShortTrack race, a made for TV event broadcast live on Czech TV, XTERRA Europe’s Facebook page, and triathlonlive.tv starting with the women’s elite race at 10:30 CEST, and followed after by the men’s elite race at 12:40.

The event combines two 200-meter swim laps with five 1.8K mountain bike laps that include rock gardens, jumps and ramps, and three 1.1K trail run laps. Lebrun and XTERRA MC Chun De Stokel will be the commentators for the coverage.

“It should be great, the Czech team and TV crews put in a lot of work to create an entertaining event,” said Lebrun.  “They’ve got 12 cameras to cover the short course all fed by cable, not wireless, so the feed should be excellent, and I think our XTERRA elites will put on a good show for the viewers at home.”