A Successful French Raids Championships 2020 - From Drôme to Ardèche

It all started with a prologue which was a fast and fun relay at the base of Pignedoré, with the 4 team-mates alternating: swimming, swim & run, rollerblading and orienteering. Their  ranking determined the starting order on Saturday morning.

Saturday, 6 am Saint Paul Trois Châteaux: The start of the French Championship begins with the gaps of the day before.  Seven sections await the 44 teams who run this Saturday in 3 + 1, one of the raiders changing out on the authorized sections. The organizers took care to place some checkpoints in cellars with an underground passage and a passage in a quarry with a musical fanfare, guaranteed atmosphere!  It was a busy day for all the teams with a neck-and-neck race lead promising a good fight for the next day as 39 seconds separated the leaders: Lozère Team2Raid and Team FMR CSO.

Sunday, 5 am Bourg Saint Andéol: Teams started against the clock in the order of their classification every 10 seconds. They had 3 sections to do to reach the finish and there was a twist of fate as TeamFMR CSO made an orientation error and had a mechanical breakage.

Lozère Team2Raid took off, galvanized by the advantage they’d gained they lead to the finish.  Among the mixed teams the 2 leading teams are still close and we have to wait for the queen section of this day, the descent of the Ardèche by kayak, 26 km from the superb Pont d'Arc to Saint Martin d'Ardèche. 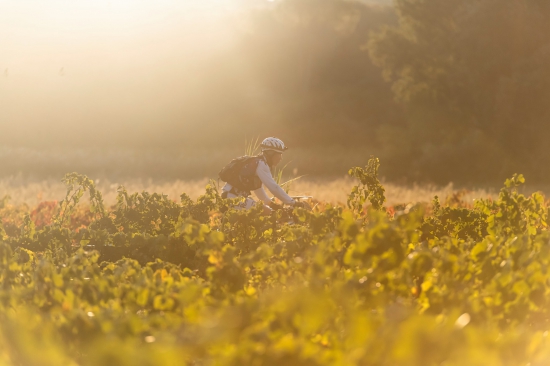 The arrival in Saint Martin d'Ardèche saw its share of emotions, laughter, tears and disappointments, but everyone is happy to have been able to run the French Championship and the open race to end this difficult year thanks to the efforts of the association Outdoor07.