A Himalayan Journey and An Indian Adventure 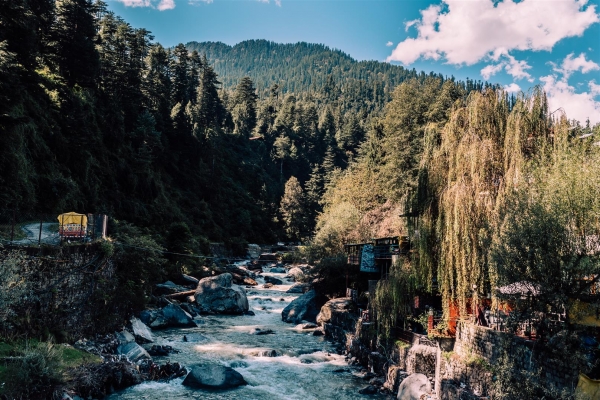 There can few more iconic and alluring locations for an expedition adventure race than the Himalaya, and in a few days time 26 lucky teams will live the dream when they start Expedition India.

The race first took place in 2017 in the high altitude desert of Ladakh with a handful of teams trailblazing the idea, and returns this year as a fully fledged member of the AR World Series. (It is the first ARWS race of the year and the first time for the series in India and in the Himalaya.)

The event is organised by Kinetic Events, organisers of Expedition Africa, and their reputation and the destination have attracted a strong entry from around the world despite a very short lead up to the race. (Entries were only open for less than 3 months as it took time to get the necessary official sanctions.)

The start list includes some top world ranked teams and racers, notably Estonian ACE Adventure (#4) and 400 Naturex (#3), who are one of 5 French entries.  There are also very strong and experienced teams from the USA, South Africa and Australia, and one multinational team that will expect to compete at the front of the race. (Team Bend Racing from Denmark, Estonia, USA and New Zealand!)

There are teams from Columbia and Spain, and big home nation entry from aspiring Indian teams with many of these from the services. There are Police, Navy and Army teams and two from the Indo-Tibetan Border Police who will be very much at home in the course terrain.  So too will the Nepali Army team.

Other Indian entries include the Jammu and Kashmir Hiking and Mountaineering Club, and Nth Adventure who have staged their own multisport events. There is also a team from the renowned Mountaineering Institute in Manali, which is where the race starts.

The course is expected to be around 420km with 8 stages, and will run between the towns of Manali and Shimla. There are 3 cycling legs, two trek stages and 3 rafting trips on the big Himalayan rivers, of which 2 will be guided. There will also be a high zip line. Most transitions will have restaurants and hot water and all will have some shelter, and given the weather that will be welcome.

The weather has been unseasonably cold of late in the race area, and until very recently the valley in which the race will start was closed with heavy snows and landslides cutting off all communication. This has made finalising the course extremely difficult and teams won’t receive the logistical planner until late (probably when they arrive) and also know they will receive the race maps at the start and at 4 transitions, and will have to mark them up themselves. They have also been told to expect snow on the high ridges and cold temperatures.

All of the international teams are flying into the heat and hustle of Delhi and will then have a 16 hour overnight bus ride to Manali, where they may join the Holi festival fun on arrival.  All that will be a mind-blowing experience in itself!

They have also been advised to be ready for any last minute changes, to always be calm and patient and to ‘embrace India’. They won’t have any choice about that – India will embrace them!

The race will have live SPOT tracking which you can follow at http://www.expedition-india.com and SleepMonsters Editor Rob Howard will be at the race reporting live from the course.

A Celebration of the Incredible Expedition India
Expedition India closed with the race party and prize giving last night after 5 days of extraordinary adventure racing. The party had a

Naturex Win Expedition India
Having lead for much of the race, and with a big lead over any chasing teams, Team Naturex of France crossed the finish line at Koti

Taking the Himalayan High Road
Into day two of the race the field was rapidly spread out as teams completed the first trekking stage, then an additional trek to replace a

Down The Kullu Valley On Day One
Day one of Expedition India served up a full variety of challenges and experiences as teams raced down the Kullu Valley. The start in

Riders of Rohtang - XPD India Gets Underway
Expedition India was never going to deliver an ordinary start, or an easy one, but it was spectacular when teams finally got underway

Flying the Flag For India and Adventure
“Whatever it is, it’s an Adventure!” That was Silver Eensaar’s summary after his team Bend Racing had been through

The Journey to the Beginning
The maxim that getting to the start line is the hardest part of the race has never been more true than here at Expedition India.