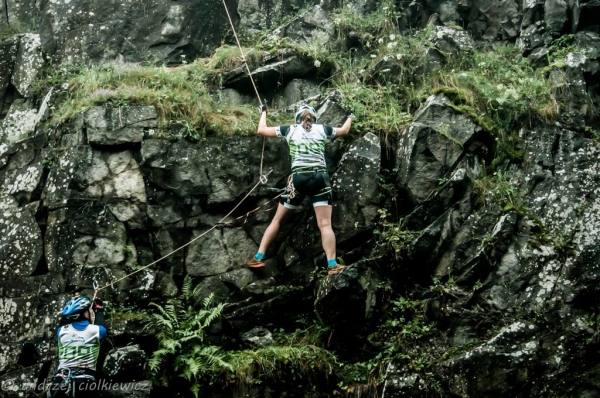 After 6 years the AR European Championship final is back in Poland when the Adventure Trophy takes place between 15th to 20th July.  This year the organizers invite you to Krakow – the former capital of Poland and one of the most interesting cities in Eastern Europe! It’s definitely worth to visit this city and find out its unique atmosphere.

Adventure Trophy is one of the oldest races in Europe. In the early years of the century the founder of the race – Roman Trzmielewski- defined its nature in one phrase – ‘Beyond the limits!’

Today the organizers are trying to continue his legacy. “It's not about being the first or the second. It is all about crossing the finish line. Says the Race Director Maciej Mierzwa.  He adds, “The race will be very demanding – it will be a very serious challenge!”

The Polish mountains are not the highest, but believe us, they will challenge bikers and runners (especially after the rain).

Teams should prepare themselves for lots of steep uphills and downhills, narrow paths on the bikes, some bike pushing, crossing deep ravines, following the streams and mountains rivers, swimming in open water, kayaking in the night and finally for lots of technical orienteering runs in various terrain – simply  500km of pure Adventure Racing!

The summer in Poland is unpredictable. “The weather might be the biggest challenge during the race”, said Maciej.  “July is the month of  storms. Normally it is sunny and warm, sometimes it can even get hot, but when it starts to rain the fun begins”.  Last year the race was almost stopped by heavy rainfall – all the small streams turned into the wild rivers, which broke the bridges and in some places the course was impassable. “We have learnt a lot from last year’s experience – this time we have few scenarios prepared.”  Said Maciej.

“The race consists of a whole spectrum of disciplines: “Yes there will be an inline skates stage-  it’s confirmed, but the stage will be very fast and on the flat, good asphalt.”  Maciej explains.

All details regarding the race logistics and course can be found on the website at - http://adventure-trophy.pl

Krakow as a tourist destination has good connections with the biggest airports in Europe so it should not be a problem to get there. All teams will be provided with 3 nights stay in the student hotel near the HQ, plus a  transfer from the airport. The HQ is located 15 minutes’ walk from the city center.

Of course teams will not compete only for the glory and their own satisfaction – the winning team will get a paid spot on the ARWC starting list. The following teams will receive attractive sports equipment form the race sponsors.

There are 18 teams registered at the moment for the AREC category and also 2 men’steams who will race on the same course.

Entries are open at; http://orientharper.pl/?cmp=entries&action=makeEntry&id=63&lang=en

There is also the possibility to take part in the race for those who can not find 4 member teams – there is categoray for teams for 2 on the shorter course (all details on the website).

Do not look for excuses – accept the challenge and join AREC 2019!