Adventure racer Nathan Fa’avae may have won the World’s Toughest Race, Eco Challenge Fiji, but he can possibly go better one better than that by organising the World’s Biggest Race, the Spring Challenge. Now in its fourteenth year, the iconic all women’s adventure race that began in Hanmer Springs in 2007 has moved to a new location since, all around the South Island with this years event being held in Christchurch.

The sell out event will have 480-teams of 3-women taking part, a total of 1440-participants, making it the biggest adventure race in the world in terms of participants. The only adventure race event to ever have more starters was the Spring Challenge itself, in 2017 Geraldine with 600-teams. Event Director Jodie Fa’avae comments “after having 600-teams in Geraldine we decided it was to big for the participants and the staff, so we now cap the event at 480-teams”.

The organisers are thrilled with the decision on Monday by the Government to reduce most of the country including Christchurch to Level 1. Race Director Nathan Fa’avae says “we had our Level 2 protocols approved but it wouldn’t be the same event, we would have had to make a lot of changes, and logistically it would have been more complex, plus a significant amount more operating costs, but we were prepared to do that. As an events company we know how important it is for people’s mental and physical health, their general well-being, to be active and spend time recreating with their friends and family. We are excited that we can run the event as normal”. 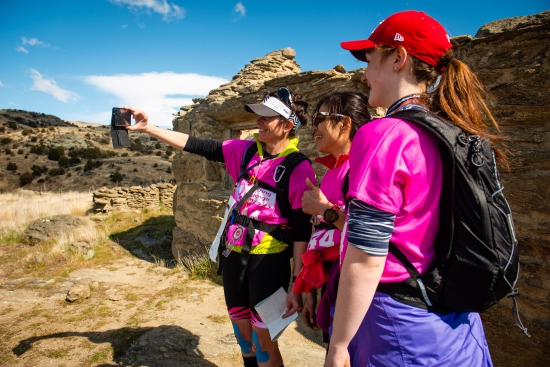 Jodie adds “even though we’re at Level 1 we will be extremely vigilant and disciplined in regard to Covid-19 risks. Now that we’re at Level 1, I don’t think anyone wants to go back to Level 2 so we all need to do our best to manage everything hygienically and safely”.

The event will have approximately 3000-people with Support Crews and Staff, but organisers point out that everyone is spread out over a large area and time periods. There are three start waves from 6:00am until midday on Saturday, with three different categories racing on different routes, the courses are open until midnight, some teams will have finished before some teams have started.

Within the event there are beginner, intermediate and advanced options, which are aptly named the three, six and nine hour events, which is the targeted winning time for each option.
The course is kept secret until the official unveiling on Friday, the eve of the event. This is when the participants will find out what is in store on race day.

The teams have been supplied some information to help them prepare, the 3-hour race has four stages, rafting, mountain biking, hiking and orienteering, a total of 30km. The 6-hour teams have a 62km course with an extra bike stage added, the 9-hour teams are on a 72km course with 9-stages, which also includes a kayaking stage and a ropes challenge.

“Amidst all the Covid-19 restrictions and limitations, we have been really pleased to be based in Christchurch for this years event. It is a great city and the outdoor adventure opportunities are expansive, so there’s untold scope to design an adventure race. Canterbury women have been loyal supporters of the event since it began so we really wanted to bring the race to their doorstep to acknowledge that” Jodie Fa’avae said.

The event caters for women of all abilities, from very first timers through to elite level racers. Everyone is welcome at the event, the only prerequisite is that you can ride a bike.

While most of the women are taking on the event as a personal challenge to cross the finish line, there are many teams there to race and the event places importance on the integrity of a legitimate sporting event at the same time as providing opportunities for newcomers.

Nathan Fa’avae who designed the courses explains “each year we aim to make the courses unique and different to previous editions, we want each year to have its own individual character and story. Last year in Cromwell it was very mountainous in rough terrain, this year the focus is more about technical navigation, less grunt, more brains”. 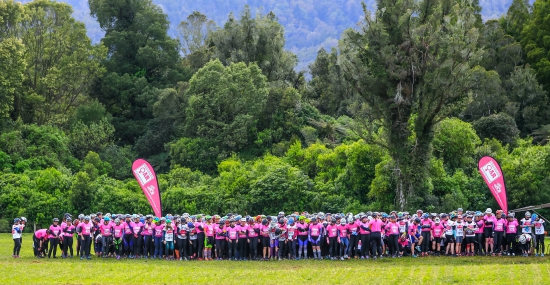 Canterbury teams will have the home town advantage this time so organisers are expecting to see some close racing across all the divisions from the locals. The 9-hour event race for first is expected to be contested between team Beefit (Sara O’neil, Belinda McCone, Elise Johns) and Just For Girls Adventure (Sara Prince, Sia Svensden, Jo Williams), both teams have been on the podium before. Strong navigators will be valuable in this years event. Within each event there are races within the race, with junior teams, school teams, veterans and super veterans. There are a number of previous category winners coming back to defend their titles.

“It is a race, every team out there is usually trying their best to move through the course as efficiently as they can, but for many teams it’s more about the adventure than the race” says Jodie, “common feedback we get from teams, especially those that have taken part in multiple events is that the preparation for the event is equally beneficial to them as the race. The training, adventures they have together in build up, learning new skills, in many ways it’s about these women making time and investing in themselves”.

The Christchurch course will have teams rafting on a river, biking on trails and running in forests, it will certainly be a rewarding challenge to complete for all participants, and the event will become part of the Spring Challenge legacy.

For any spectators that wish to watch some of the event they can go to the event website on Friday night and there will be course details released and good places to watch. The start line is 30-minutes drive from the City Centre. The organisers would like to thank Christchurch City Council and Ecan for their support, plus all the other people who have worked hard to make the event possible.