465-teams of 3-women navigated their way to the finish line in the biggest adventure race in the world, the Spring Challenge.

The 14th edition of the iconic race was held in Christchurch over the weekend on a route that took teams down the Waimakariri river and trails to the lagoon and beach area. Race Director Nathan Fa’avae explained, “This years course was themed around the coast and the beach.

The race started 30-kilometres from the ocean and teams started with a 10km rafting stage. Then they travelled on bikes to the Brooklands area where they ran, kayaked and explored Bottle Lake Forest, Spencer Park and the Waimakariri River mouth. There was also a high ropes challenge for the long course teams”.

The event had three start waves from McLeans Island between 6:00am and midday. The first challenge was a 2km run to the rafts. Teams then boarded the rafts for a 10km river paddle to Bailes Island Picnic Area. The river was flowing high after recent rain in the Alps making a fast trip down the braided river. 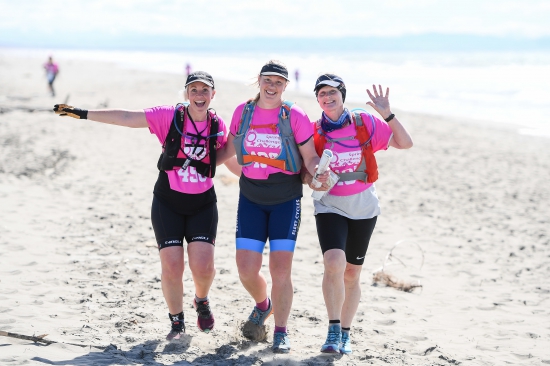 The long course teams in the nine hour event then ran 7km through the Issac Conservation and Wildlife Area to the Groynes where they had a 3km orienteering stage through the gardens. It was then onto mountain bikes for an 18km ride to the Lower Styx River via Chaneys Plantation where they had some technical mountain bike navigation. Once at the river teams switched to kayaks for a 6km paddle down the river to the Brooklands Lagoon and Waimakariri river mouth.

From the end of the sandpit the teams hiked 5km along the sand dune tracks and beach to reach Seafield Park. Then they entered Adrenalin Forest for a series of high ropes challenges. Once back on the ground they had two more stages to complete, 16km of mountain biking in Bottle Lake forest and finally a 7km orienteering stage in Spencer Park. The total length of the course was 72km spread over 9-stages.

For most of the morning these teams were close together and often changing positions but by the  midway point, 'Last Minute Ladies' and 'Beefit' were leading. The final two stages involved technical navigation which favoured the veteran team 'Just For Girls Adventure' who moved into second place overall. However, they couldn’t quite close the gap to the 'Last Minute Ladies' who crossed the line in first place, in a time of 8-hours and 55-minutes. 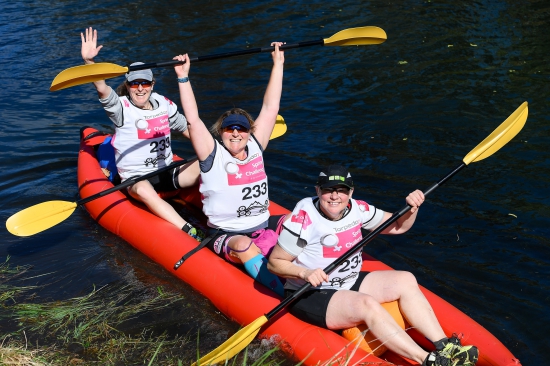 They said on the finish line, “Glad we came in under 9-hours, that was satisfying” When asked what their secret was they said, “We kept moving, took our time and made sure we were going steadily, we got the navigation right” 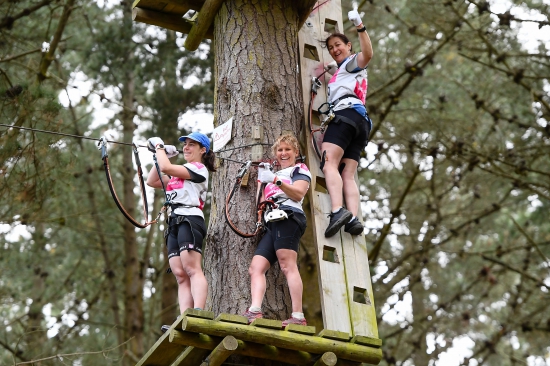 238-teams lined up for the intermediate level six hour event. The 62km course contained 5-stages. They enjoyed the same rafting stage and then transitioned to a 22km mountain bike ride that took them through Chaneys Forest and along the Waimakariri stop bank to Brooklands. Stage three was a 7km hike along the Brooklands Lagoon walkway and then out on the Waimakariri walkway and the beach. After a testing few kilometres on the sand the teams enjoyed the 16km bike stage in Bottle Lake, then onto the final 7km orienteering stage to Spencer Park and the finish. 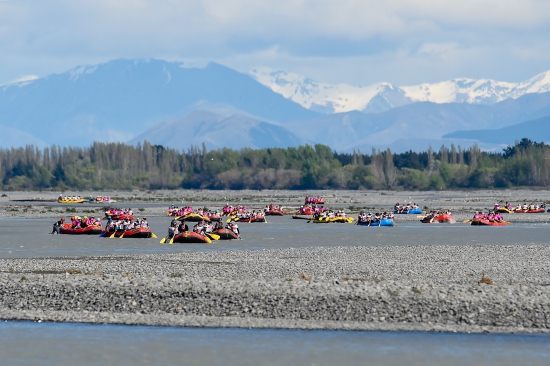 The organisers would like to thank Christchurch City Council, Issac Conservation & Wildlife Trust and Ecan for their support, plus all the other people who have worked hard to make the event possible.

The 2021 Spring Challenge will be held in Greymouth in October, entries for the event open on October 1st 2020.