Cambridge Provides A Formidable And Mountainous Test To 400 Racers

If the 400-participants expected a flat course for the Spring Challenge based in Cambridge, in the Waipa region, they would have been surprised that the course was in fact mountainous.

Course designer Nathan Fa’avae themed the event course around Maungatautiri, Sanctuary Mountain. The mountain is one of the most ambitious restoration projects in New Zealand being home to many endangers native birds.

The event started with a bang at the Mighty River Domain at Lake Karapiro with an orienteering prologue. The teams had to run around the domain collecting control points, the fastest team took 10-minutes with the last team just under 30-minutes. The teams then attended the race briefing where the official course was announced.

The main race started and finished at Epworth Retreat & Recreation Centre. The teams started with a kayak stage up the Pokaiwhenua River through the canyon and return. The river is a local icon known for idyllic night time kayak tours to view glow worms. Once back at Epworth they switched to mountain bikes for a ride to Mangakara Stream. Teams then had a hiking stage at Kiwitahi Pastoral which tested their navigation. It was then back on bikes. The 6 and 9-hour categories biked to Tari Road and Sanctuary Mountain, the 3-hour category rode to Arapuni Dam and crossed the historical swing bridge to join the Waikato River Trail. From there they descended down the river trail to the last stage, a short kayak across Lake Karapiro. 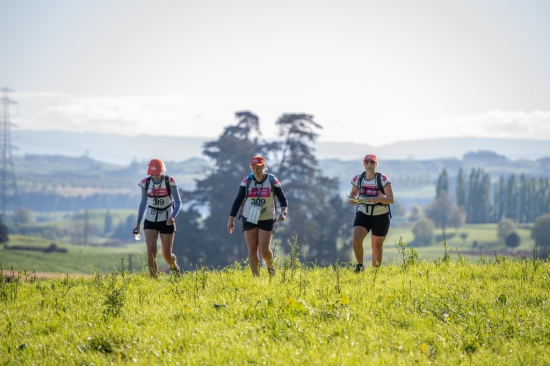 The teams that headed to the mountain, the 6-hour teams climbed to Pukeatua and return, and the 9-hour teams climbed Pukeatua and Maungatautari. The mountain proved to be a massive challenge for many participants, but equally rewarding for those that reached the summits. The route to the peaks was on the rough steep single track section, with slippery roots and rocks to manage, they returned on the main trail creating a loop on this epic adventure.

Once the teams completed the mountain stage, the 6-hour teams finished by joining the 3-hour course at Arapuni, while the 9-hour course biked to Arapuni Dam then kayaked to Jones Landing and joined the Waikato River Trail to link onto the 3 and 6-hour routes.
Race day started cold and clear, as daylight filtered through to Lake Karapiro, clouds of mist rose off the water. It was going to be a warm and sunny day. The atmosphere was set.

Fa’avae praised the support from the local landowners who provided access for the event, Iwi, farmers and Waipa District Council.

First away was the 9-hour teams on the long course. Braving the chilly start they set off paddling on the lake and up the river, with extra checkpoints on Swamp Island and Findlay Bay. Ahead of the teams lay an authentic adventure race, a difficult course that would test fitness, skill, navigation and problem solving. 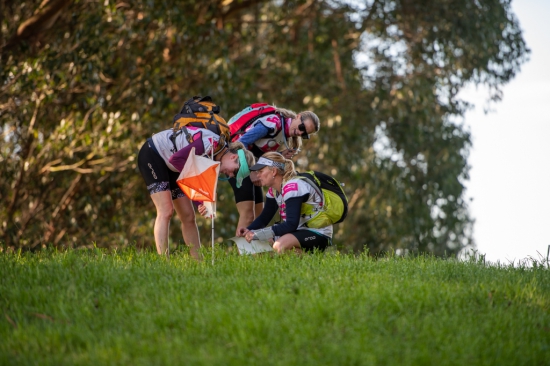 The teams exited the kayak stage close together but from that point on the spread started to occur. After a full day of pushing hard, the eventual winners were Open team, Tron Express (Lynn Johnstone, Pieke Mestrom, Katrina Whaanga) stopping the clock in 10:46:29, including their prologue time. Second home and first Veteran team was Flying V (Gillian Trower, Amy Beech, Rachel Goodrich)12:59:28. Third across the line was Super Veteran team the Fossils (Jacqui Mckenzie, Lyween Cornaga, Lesley Doughty) in 13:44:48. The last long course team had a full adventure racing experience racing into the night, finishing 15-minutes before midnight, team Oh To Explore Chicks (Claire Bentley, Lynda Pitcaithly, Emma Jane O’Brien) in 20:51:14. The fastest team through the long course was Soldier On (Amanda Rowe, Ashleigh Blackmore) who reached the finish line in 10:32:10, it was a stellar performance but unfortunately one of their team members couldn’t race so they were only a 2-person team meaning they were officially unranked. 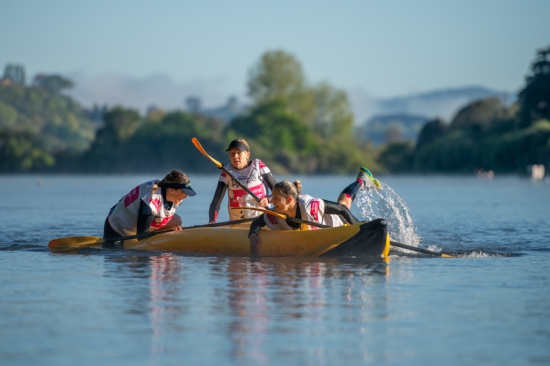 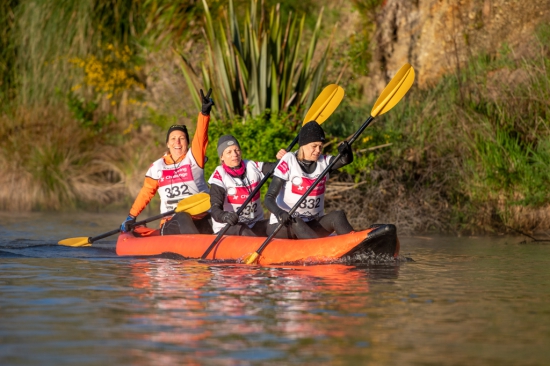 A special thanks to all event staff, Cambridge Rotary and Waikato University Students who managed the logistics on the day.

The 2021 Spring Challenge event for the North Island will be held in Hawke’s Bay on October 15th-17th.