Bend Racing's Biggest Ever Field Prepares For the LaPine Loop

On Oct 25, BendRacing’s biggest field ever will toe the line at Lapine State Park, including veteran racers and many teams new to adventure racing.  Here’s an outline of the course and the entertainment the teams can expect on the 6 hour race.

Teams will start on foot with a short mandatory “exercise”.  Once completed, teams have the option to get any or all of the 6 prologue points (A-F).  For every 2 of these, you will get credit for 1 PRO point.  So it is a good idea to get an even number.  Newer/slower teams are encouraged to only get a few of these or to skip them altogether and start on Stage 1 right away.  Estimated time for full Prologue: 25-45 minutes.

Right off the bat, teams will face a navigation choice as they head to the first trekking checkpoints.  Some will choose to stay dry while a bold few will take the shortest path available regardless of the obstacles in their way.  The trek will soon become trail-less and the navigation challenging for those teams that decide to go for any or all of the 3 PRO points enroute to the Paddling transition area.  Estimate times for Trek (including PRO points): 1-1.5 hours 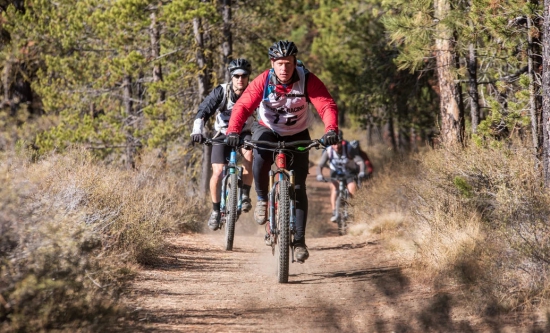 Time for some boating!  Teams will inflate their boats and descend into the river for a bit of time off their feet.  During this stage, teams must remain within the river corridor (with the exception of the ropes section) and do their best to stay in the current as they meander down the windy river.

At a designated checkpoint on the river, teams will be faced with splitting up and sending the brave half of the team up to rappel off the bridge.  Hopefully the boats will be waiting underneath to give them a dry place to land.  Soloists will be able to paddle all the way to the bridge and then carry their paddle gear up to the bridge to rappel with it.

Portaging overland is not allowed during this leg until reaching the takeout.  Strong paddling teams may continue past the takeout in the river to snag one more PRO point.  Regardless of where they choose to end their paddle, teams will be faced with a daunting 2 mile trek (carrying their boats and paddle gear).  Intrepid teams will find ways to shorten this distance by nearly half a mile if they are willing to leave the safety of the trails and roads and head into the forest with the help of a skilled navigator.  Estimated time (including PRO point): 1.25-2 hours. 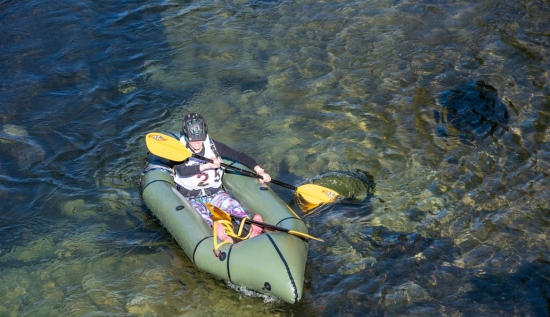 Stage 3: The Bend Sauce Bike Leg and the AOS O-course

Teams will be happy to drop their boats in exchange for mountain bikes and the fast and flowy singletrack that awaits them. But teams that go too fast might find themselves blowing right by a checkpoint as they will be mostly hidden just off the trail and require attentive navigation. The entire bike route is fairly straightforward for teams that choose to skip the PRO points. Halfway through, teams will reach an optional Bike-Orienteering course.

The Bike-O will be scored the same way as the prologue, with 2 O-points counting as 1 PRO point.  This section will be less flowy, with several short bike-whacking or trekking sections required to reach the points. The O-course is 100% optional and teams that are time crunched can skip the entire section.  Teams must check in and out with staff during this section. The minimum estimated time to get from the O-course to finish is estimated at 30 minutes (if you skip all the remaining PRO points).

After the Bike-O teams have only one more significant challenge. The dreaded “waterfall of ice and fire” (see below).  Once surviving the frigid temperatures, it is a fast and furious ride to the finish line, with a few more tricky PRO points along the way to push our champions to the limit.  Estimated time for Bike leg + Bike-O (and all PRO points): 2-3 hours. 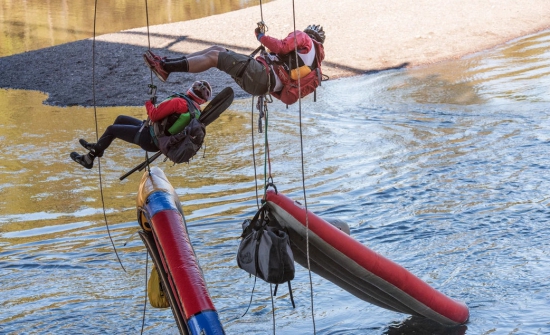 Veteran Lapine racers will recognize this feature (with maybe an involuntary shiver) as it has been the center piece of the “Legend of Pirate Pierre Lapine” and his curse that has plagued the race in past editions.  But due to the amazing efforts of past competitors, the curse was lifted and the pirate’s three treasure chests recovered.

This year any team could claim part of the riches.  Instead of a traditional orienteering punch at this checkpoint, teams must swim the frigid waters and climb the waterfall to obtain a skeleton key.  The key must be kept safe until the finish line where teams will have the chance to open one of the locks and claim riches. (Teams that lose their key will be unranked!)

Each team may only get 1 key, and a minimum of 2 racers per team must swim (except soloists). Any Lapine loop veteran racer that makes the swim may pick up an additional key. (More chances to get lucky!)

You can find out all about the race and follow some of the action on the Bend Racing website and Facebook page. (See links to the left.)