It’s been a challenging year for all sports and especially for international events, and as a result, there will be no World Series, Expedition Adventure Races in Europe this year, but next year is shaping up to be an incredible year for European racing.

Race organisers and teams are frustrated with the necessary lack of competition, but undaunted.   Adventure racers are adaptable and determined, they deal with whatever is happening and keep moving forward, until they get where they are going.

So, when Adventure Racing World Series races in Europe opened new entries for 2021 they filled rapidly and most are at capacity, with record entries.  Covid permitting, there will be over 1000 adventure racers taking part in 5 European races next year, including the World Championships in Spain.

Most of the teams come from within Europe, which historically has supplied a high percentage of entries in the ARWS worldwide, and which has a long and rich history of races in France, Spain, the UK and Sweden. (All of which have hosted World Championships.)

The record entry is a strong endorsement of European racing, an expression of trust in the races, and a sign of the pent up demand to get out and race again, stoked by the airing of the Eco-Challenge series on Amazon Video.

Over 90 Teams Expected For The AR World Champs

One of the last ARWS events to open up places was the World Championships, which will be hosted by Raid Gallaecia in Spain next October.  It is 2012 since the World Champs was held in mainland Europe and it is returning after a 2 year hiatus, so it’s not surprising there is huge excitement to see the race back in Spain again next year.  Even so, the speed with which places were taken up was impressive, and it looks like all 80 available places will be filled, with the addition of another 11 possible ARWS qualifiers. 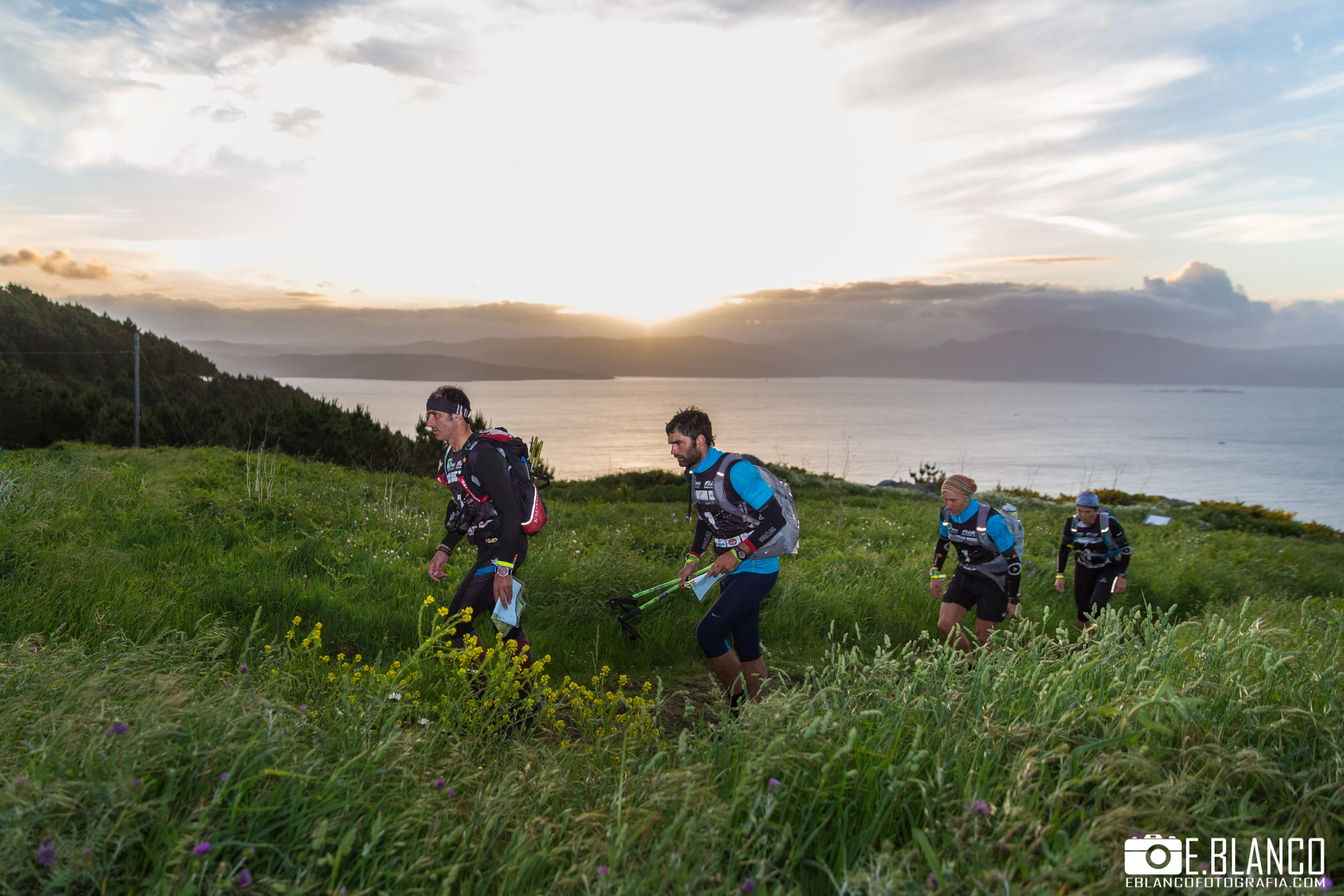 Race Director Pablo López Franco said, “It is a record registration for our race, because it is the World Champs of course, but also as it’s easy for European teams to travel, a good price and I believe because our race has generated confidence in its organisation.  I think the certainty of offering a refund in the event of further Covid 19 problems has been the key to persuading teams to register with confidence, and also that there is a long time still until the race.

“We’ve seen many Spanish teams enter that we didn’t previously know, and that is encouraging as we want to get a level of local registration like France or South Africa.  We all want our sport to keep growing in interest as much as it has this year with the influence of Eco-Challenge and I think racers are recognising there are events without the Hollywood budget, but which are still well organised and in incredible places.”

Europe will certainly be offering up some incredible places for adventure racing in 2021, starting in May with the glittering Dalmatian Coast at Adventure Race Croatia, after which comes Sweden’s capital city of Stockholm and its amazing archipelago at the Nordic Islands Adventure Race.  Next in the calendar are Raid in France, which will be held in the Mont Blanc-Savoie region, home to Europe’s highest peaks, and then in August a very different, but no less enticing, mountain region on the West Coast of Scotland for the ITERA Expedition Race.

Adventure Race Croatia sold their 40 entries within an hour for this year, so was already full and carried those teams across to 2021 after postponing.  Race Director Ana Rumiha commented, “We managed to swap some teams from other continents with teams on the waiting list, so nobody had to suffer any financial consequences. The Adventure Racing community is reasonable and it’s quite easy is to handle problems this way.”

Asked why she felt the race filled so quickly she added, “We like to think that people recognise the effort we put in creating the course and organising the event. Croatia is beautiful and we take teams to amazing wild places with the flow and discipline changes that in our opinion gives ARC a special flavour. Our race is not just a sufferfest, it is an adventure for normal racers too, if you can call anyone in adventure racing normal!” 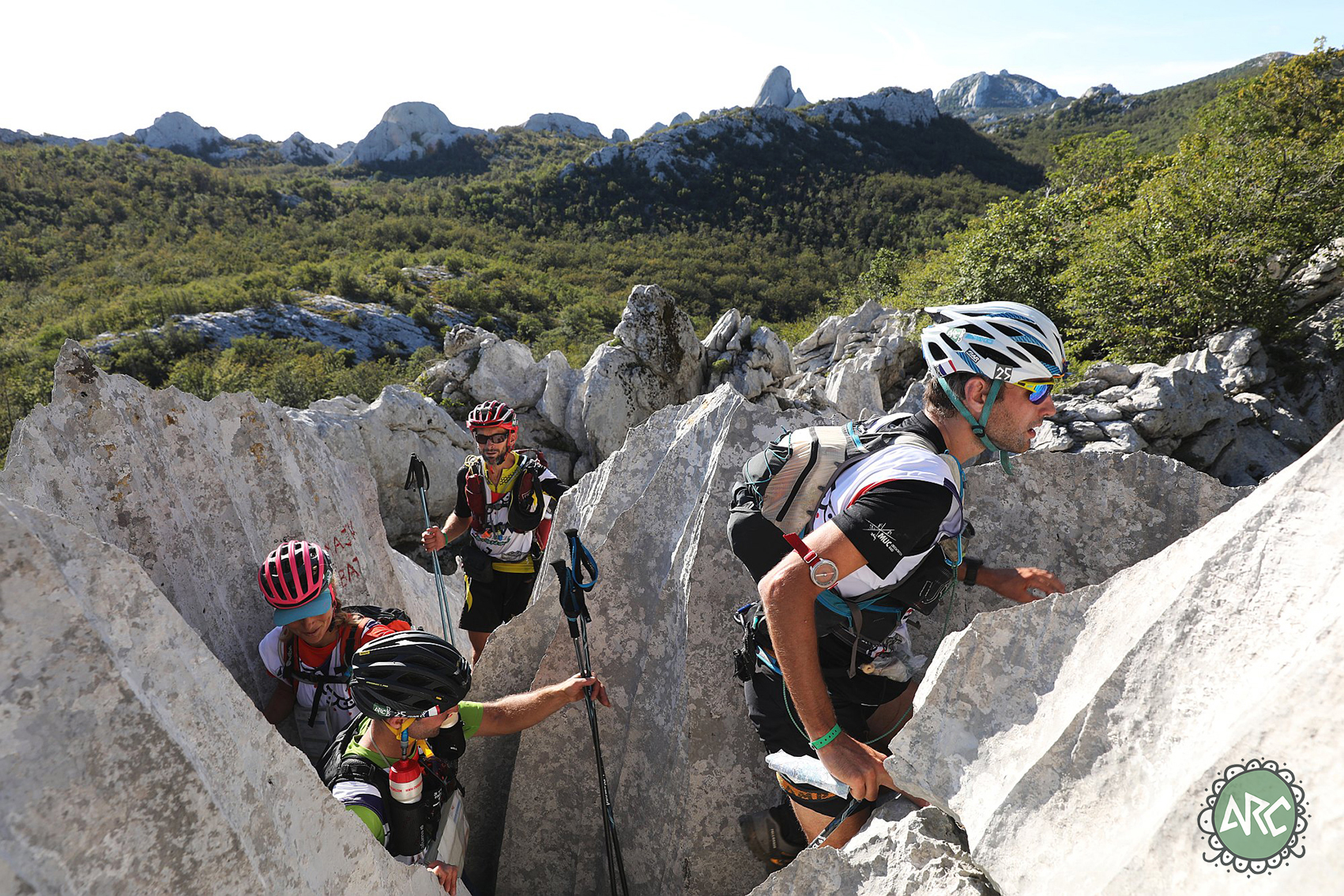 She also added some exciting news saying, “We finally managed to sort some logistical and gear issues and it is very likely that we’re going to open 10 or 20 more places, so any teams interested should watch our Facebook page!”

Teams keen to get in on the action do still have some opportunities to race ARWS in Europe next year, if they are quick.  ITERA still has 6 additional places left, there are places for international teams at Raid in France, and there are more places available at the Nordic Islands Adventure Race next June. It’s a race with a lot to offer teams as Race Director Staffan Björklund explained.

“We have planned the most amazing archipelago race in ARWS history for 2021. Teams will escape the city and discover the remote and best parts of the Stockholm Archipelago 26,000 islands.  However, the first 24 hours are spent within Stockholm city’s beautiful and big parks, iconic buildings and amazing waterways. These surroundings will add a new element to the sport and make it more accessible for the audience. 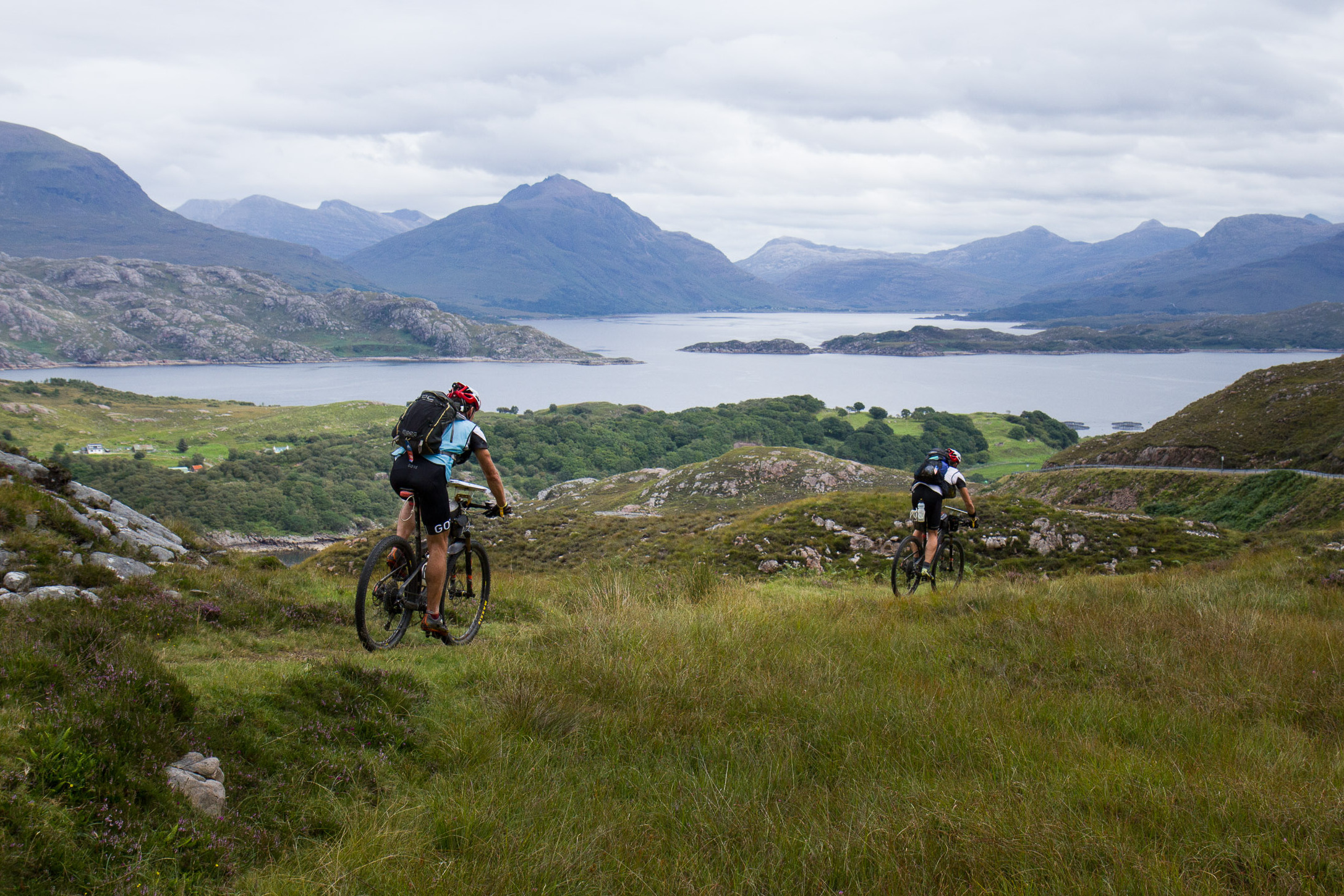 “After 24 races hours we’ll have a restart that will take place on a remote island in the archipelago. We will use high speed boats through the archipelago to get there and for the next 3-4 days teams will be navigating the archipelago islands by foot, kayak and bike.  As usual, we have amazing rope skills sections throughout the race.”

He added, “We also just changed our refund policy due to the COVID situation. All teams entering from now on will get 90% of the entry fee back if they can’t come due to COVID or if we have to postpone their entry to 2022.  We’ve also included two hotel nights, 5 meals each, merchandise, transportation and more in the entry fee for the whole team.”

Still A Few Places Available At ITERA and RIF

Both ITERA and Raid in France have record entries.  James Thurlow from ITERA said, “Our previous high entry was 37 teams and we currently have 52, with the capacity to take another 6.  I’d say a third of the teams are new to the sport and I think the difference this year is twofold.  First the budget and reach of Amazon and Eco-Challenge, which is beyond anything we could ever achieve, and is great to see.  Secondly, I know most other endurance events are doing very well and perhaps Covid has given people a chance to think, ‘what next’.”

ITERA also took considerable trouble to ensure teams were confident to enter with full refunds available in the event of more problems with Covid, either in Scotland or with teams unable to travel.  Thurlow also added he was looking forward to returning to Scotland; “It really is one of the best places in the world to race. The access we have to historical places, amazing mountains and some truly spectacular coastline and lochs is incredible.”

Raid in France is running a waiting list and currently shows an impressive 71 entries.  Of these, 49 are from France, which may be a record figure for teams from any one nation in an expedition race and the race thinks about 25 teams are new to them. It’s a testament to the work of the French Federation over recent years and to the pedigree and the professionalism of Raid in France. 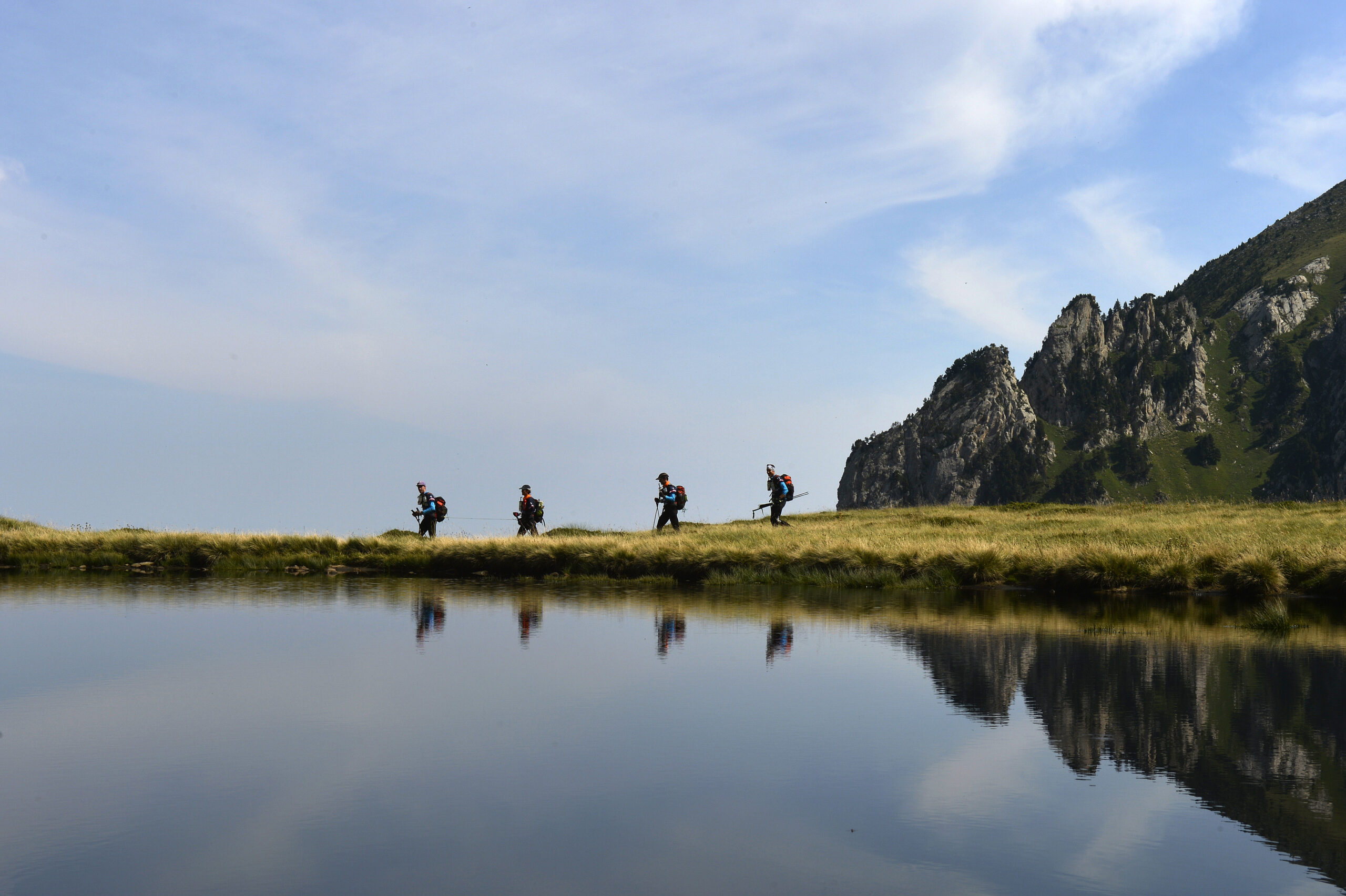 It is definitely a case of the ‘mountains are calling’ too, as the race promises; “The adventure will take place at altitude with long sections on foot or mountain bike, above 2000 metres in altitude, and if snow conditions are reasonable, glacier walking, with the culminating point above 3000 metres, plus there will be ropes and scenic navigation between rivers and mountain lakes.”

Pascal Bahuaud, Raid in France Race Director said, “The route promises to be as demanding as the mountains can be and true to the spirit of Raid in France.”  Co-Director Nancy Bahuaud has her fingers crossed for the weather saying; “In the French Alps, the most important for us is the weather. We ask sun and not too much snow ;-)”

The Mediterranean coast, the highest summits of Europe, the wilderness and historic locations of Scotland, and the sights of Stockholm and a unique archipelago await enthusiastic racers next year, and to cap it all there is a full roster of teams from around the globe for the World Championships in Gallaecia.  We can look forward to a great year of European adventure racing in 2021.

About The Adventure Racing World Series

The AR World Series for 2021 is the largest ever and is scheduled to include 12 expedition length adventure races in different countries from 5 continents.

The races last from 3 to 7 days and co-ed teams of 4 race non-stop to complete a course, including trekking, paddling, mountain biking, navigation and other outdoor challenges.

In addition to the series races there is one demonstration race in Canada and the 2021 World Championships, which will be hosted by Raid Gallaecia in Northern Spain in October.

For more information and the full calendar see; http://www.arworldseries.com/