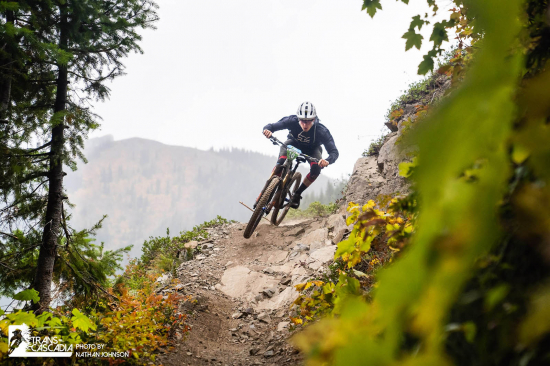 The fifth edition of Trans-Cascadia kicks off on Thursday! For the second year, the basecamps will be in the depths of the Gifford Pinchot National Forest in Washington state. Race organizers and volunteers have been hard at work over the last year expanding access to the backcountry network and they are thrilled to introduce another batch of new and returning racers to it.

In the second installment of Common Ground - Freehub Magazine’s three-part video series on Trans-Cascadia, they take a look at the organization's partnership with the Backcountry Horsemen of Washington. Despite common challenges between user groups, these two organizations successfully opened, cleared, and repaired trails together this summer.

“There are some enhancements and fine-tuning we've been able to do this year after the initial kind of peel back that we did in 2018 which is awesome,” Says Volunteer Coordinator, Ben McCormack. “We've been able to focus more on tread and sustainability as opposed to just splitting the vegetation open and making sure there's still a trail there. I think some of the stuff that we've been playing around with this year is just going to blow people's minds!”

This truly remote area of Washington offers natural and diverse trails that are steep and challenging. The high alpine riding will give racers descents of 2,000-3,000 feet at a time. Within the blast zone of Mount St. Helens, in addition to the stunning ridgeline views and massive descents, the riding here has another unique property. “[The pumice] layer is like Swiss cheese marbles that float,” says Ben. “Ultimately it's just a really fun thing to ride because you've got traction but you don't have traction. I mean, the whole bike is moving, so it's pretty playful and a little disconcerting at first. But once they get used to it and know how to run it, I think folks will be surprised to see how well they’ll do in those sections.”

Once again racers will be accessing this mostly primitive singletrack using both shuttles and pedalling and will return, exhausted to their tents at basecamp to find welcoming campfires and gourmet meals. The bar will be open – serving beer and cocktails nightly – and for those who get to sleep, they will drift off dreaming about the big mountain ridgelines and ribbons of dirt under the old-growth canopies that the next day will bring.

The isolated location of our basecamps and lack of access to cell service and wifi is a big part of the culture of Trans-Cascadia. Instead of focusing on social media, racers and crew alike spend time sharing stories and dreaming up ridiculously entertaining antics around the fire. That said, our media team will be working hard to get our daily reports and updates out to you. Keep an eye here and on our website (www.trans-cascadia.com) for daily photos, videos, and race reports starting on Friday!

2019 Trans-Cascadia: Day 4
"We've been doing this for five years and I don't think I've had a better day out there with better people." ~ Alex

Damp and Delighted at Trans-Cascadia Day One
Racers arrived at basecamp on Wednesday and for those who have never experienced a Trans-Cascadia event, they were in for a bit of a