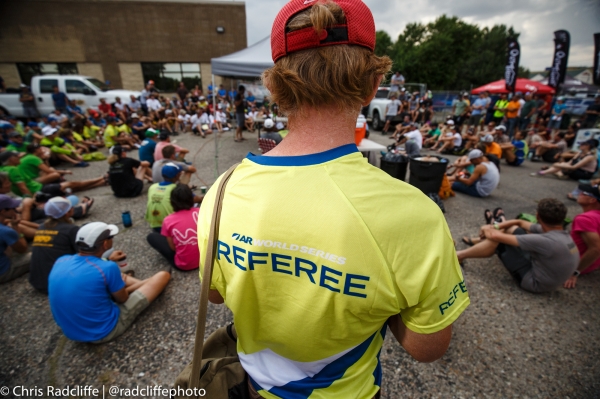 Refereeing The AR World Series - It's a Tough Job But Someone Has To D ...
Who'd be a referee? It's a tough job taking sides, having every decision questioned and taking abuse from the crowds ... but in World Series Adventure Racing it's not like that, not at

Adventure Unlimited at the Banff Mountain Film Festival Tour
­ Outdoor and adventure films seem to get better and better every year. New technologies mean no expedition is now too difficult to follow, and this allows more creativity from the film makers

US Teams Step Up For World Series Races In 2019
Two years after playing host to the Adventure Race World Championship, which took place in Wyoming in 2017, the United States is seeing a new slate of its teams move up into international

Immerse Yourself in the World of Ocean Films
This was my first time dipping my toe into the waters of the Ocean Film Festival World Tour and if you get the chance I’d urge you to ‘come on in’. It’s a partner tour to the better known

The Best of Banff - A Tour de Force
Only the lucky few outdoor aficionados can make it to Banff for the world renowned annual Film Festival, but fear not – the best of the films go on tour each year in the Banff Mountain Film

[Steve Hay took part in the first Raid Pulse in Quebec back in 2002.  It was his first adventure race and his wife and one year old son

Like Tears in Rain (Mentoring in Adventure Racing)
You crouch in the jungle, wet to the bone, rain hissing down. Mud squelches from your shoes. Your shoulder still aches from the impact of the branch. In the torchlight, the navigator rubs eyes

Rules in Adventure Racing - An Exploration of Grey Areas
The AR World Series have just put out a new draft set of rules for consultation, based on a review of penalties and protests in 2016 and extensive discussion at the 2016 Athlete Forum, which took

­ The X-Trail Altay Expedition Race is currently coming to a close in China as an ARWS Exhibition event. It’s the first expedition

A GODZone Survival Guide - An Introduction to Expedition Racing

Marco Consani - Top-10 Tips For Running 100-Mile Ultras
inov-8 ambassador Marco Consani is one of the UK’s leading off-road ultra runners. Experienced in the art of racing 100 milers, last year he achieved his biggest win over the distance when running

Champion Top-10 Tips For Faster Downhill Running
inov-8 athlete and 2014 English Fell Running Champion Tom Addison is one of the best downhill runners in the business. To help others improve their downhill running speed he is giving away his

The SleepMonsters 2014 Year Review
It’s been another bumper year of endurance and adventure race journalism on SleepMonsters. Variety is the Spice of Life There is never a dull moment and often the surprise of a new race, or

A Practical Guide to Racing at High Altitude
Occasionally races take place at high altitudes and while there is plenty of advice available on the web for racing and training at altitude, some of it is conflicting, and much of it highly

The next edition of the Godzone Adventure Race, based in Wanaka, filled up in record time recently. For an expedition race that's very

I first visited Sri Lanka way back in 2006 as a backpacking tourist, at which time, the country was recovering from the 2004 tsunami and

Shane James - Running to Live
In October 2012 I met Shane James whilst covering the Himalayan 100 Mile Stage Race. I wrote about him in my article “Ordinary People Doing Extraordinary Things”.  I clearly remember the